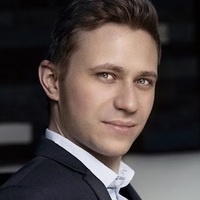 28-year-old Dmytro Choni began piano in his native Kyiv in Ukraine when he was just four and called his acceptance into the 2022 Cliburn Competition “nothing else but my dream”. He earned a bachelor’s degree from the Tchaikovsky National Music Academy of Ukraine under the guidance of Yuri Kot, then moved to Austria in 2015 to study at the Kunstuniversität Graz. He has taken first prize at six international piano competitions, has performed in the world’s greatest halls and collaborated with many leading orchestras.

Speaking to the Fort Worth Report, he said that music is “always kind of a hideaway from what’s going on in the world. Through the music, you can try to project the best possible emotion, the optimism, the hope.”

Widely considered one of the preeminent international music contests, the Van Cliburn International Piano Competition exists to share excellent classical music with the largest international audience possible and to launch the careers of its winners.

Building on a rich tradition that began with its 1962 origins in honor of Van Cliburn and his vision for using music to serve audiences and break down boundaries, the Cliburn seeks to achieve the highest artistic standards while utilizing contemporary tools to advance its reach. The world's top 18- to 31-year-old pianists compete for gold in front of a live audience in Fort Worth, Texas, as well as global online viewership of over 10 million.

Dmytro Choni took home bronze at the Van Cliburn International Piano Competition in June 2022, only the second Ukrainian pianist to medal at the prestigious contest. He won hearts and accolades with a compelling and colorful musicality that is fortified by a genuine, immediately engaging stage presence. As one critic noted: “Each time he strode onstage, it was with winning confidence and a big smile. He’s clearly an accomplished, assured―and communicative—pro” (Dallas Morning News).

This performance is presented by the Charlotte Concerts Legacy Fund.