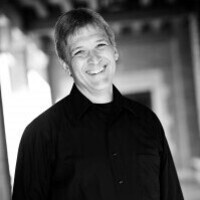 An Evening with Carl Wilkens

As a humanitarian aid worker, Carl Wilkens moved his young family to Rwanda in the spring of 1990. When the genocide was launched in April 1994, Carl refused to leave, even when urged to do so by close friends, his church and the United States government. Thousands of expatriates evacuated and the United Nations pulled out most of its troops. Carl was the only American to remain in the country. Venturing out each day into streets crackling with mortars and gunfire, he worked his way through roadblocks of angry, bloodstained soldiers and civilians armed with machetes and assault rifles in order to bring food, water and medicine to groups of orphans trapped around the city. Working with Rwandan colleagues, they helped saved the lives of hundreds.

Please join us to hear his courageous story and following his talk we invite the audience to remain for a Q&A.

Parking is available in the Harris Welcome Center Parking Lot on Radcliffe Ave.