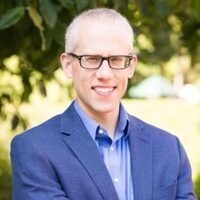 Ann Tarwater Lecture: "John Witherspoon and the Enlightenment - How Faith and Reason Came Together in the American Founding"

Dr. Kevine DeYoung from the Reformed Theological Seminary will speak about John Witherspoon, the only clergyman to sign the Declaration of Independence.

The founding of the American Republic was unlike the beginning of any other nation. But was America founded as a Christian country based on God and his Word? Or as a secular country with a strict separation between church and state?

This lecture will argue that the American founding cannot be understood apart from the shared assumptions of 18th-century Enlightenment philosophy, and the influence of Christian leaders and Christian ideas. Of all the founders, it can be argued that we see this unique combination most clearly in John Witherspoon, a devout Scottish Presbyterian, the president of Princeton and the only clergyman to sign the Declaration of Independence.