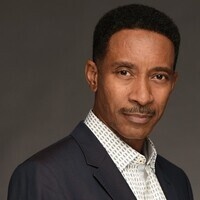 Join us for a virtual conversation with Charles Randolph Wright, actor (Broadway: Dream Girls), director (Broadway: Motown, Television: Greenleaf) and Producer (Delilah) who will discuss how a boy from small town York, South Carolina, became one of the few African-American director/producers in our country today. He'll also give us a preview of the upcoming OWN network show, "Delilah" which was filmed in Charlotte this fall and answer the question, "What is Oprah really like?"