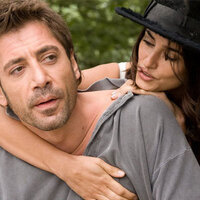 "Everybody Knows" is a 2018 Spanish-language psychological thriller film involving a criminal mystery. Written and directed by Iranian filmmaker Asghar Farhadi this film stars Javier Bardem and Penelope Cruz. The plot follows Laura (Cruz) on her travels from Argentina to her small hometown in Spain for her sister's wedding, bringing her two children along for the occasion. Amid the joyful reunion and festivities, the eldest daughter is abducted. In the tense days that follow, various family and community tensions surface and deeply hidden secrets are revealed. When Irene is kidnapped and Laura is forced to come up with ransom money without involving the authorities, the whole family becomes part of the investigation.