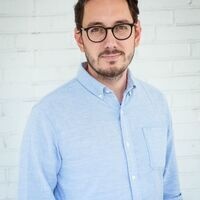 Exploring Photojournalism in the Era of Black Lives Matter

Logan Cyrus is an independent photojournalist working in the southeastern United States and calls Charlotte, NC home. He spent 6 years as a Navy Corpsman, and subsequently he began studying photography at the Art Institute of Charlotte. After graduating, he worked as the staff photographer of Charlotte Magazine for 2 years before leaving that post to pursue freelance photography full-time. He is a stringer for AFP News Agency and a regular contributor to publications such as The New York Times, The Washington Post and Bloomberg. He also works with editorial and commercial clients across the United States and Europe.

Logan will start by sharing how he got started in photojournalism and what drew him to the profession. He will also share about his experiences covering the protests following George Floyd’s death and other related work.