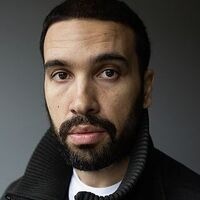 Poet Marcus Jackson teaches in our Queens low-residency MFA program. Join Arts at Queens for this virtual poetry reading followed by questions from the audience.

Jackson lives with his wife and daughter in Columbus, Ohio. He is a Cave Canem fellow, and his poems have appeared in The American Poetry Review, The New Yorker, and The New York Times Magazine, among other publications. He is author of two poetry collections, most recently Pardon My Heart, published by TriQuarterly Books/Northwestern University Press.  The New  York  Times has written of Jackson’s work: “Plain-spoken but never plain, Jackson’s collection confirms the arrival of a thrilling new voice in American poetry, one whose writing, on page after page, has the fullness and glow of a jubilee.”