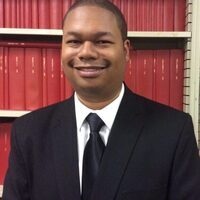 Martin Luther King, Jr. and a Black Usable Past.  Join us online for the second event in our fall Preyer Lecture Series.  Dr. Robert Greene II will discuss how Martin Luther King, Jr. and other members of the Civil Rights Movement used every tool at their disposal to fight for Black freedom in the middle of the twentieth century. Among those tools was the power of history—both to galvanize people for the fight against oppression, and to provide ideological examples of their goals. In “Martin Luther King, Jr. and a Black Usable Past” Dr. King is put into conversation with the historical currents of the 1950s and 1960s, as he struggled in both his public speeches and writings to push Americans to rethink the place of Black people in American history. In the process, Dr. King and other leaders of the Civil Rights Movement, working as part of a Black historical tradition, crafted a “Black usable past” that still pushes Americans to think critically—and holistically—about their past.

Dr. Greene is Assistant Professor of History at Claflin University.  He completed his Ph.D. at the University of South Carolina. Dr. Greene’s dissertation, The Newest South: African Americans, the Democratic Party, and Southern Politics, 1964-1994 covers the intersection of race and politics in the post-Civil Rights era. Dr. Greene serves as book reviews editor and bloggers for the Society of U.S. Intellectual Historians. He also serves as Chief Instructor for the South Carolina Progressive Network’s Modjeska Simkins School of Human Rights.  Finally, Dr. Greene has  published several articles and book chapters on the intersection of memory, politics, and African American history, and has written for numerous popular publications, including The Nation, Oxford American, Dissent, Scalawag, Jacobin, In These Times, Politico, and The Washington Post.