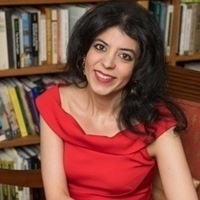 Dr. Priya Satia will be giving a talk, "Pacifists Making Guns: The Galton Family and Britain's Industrial Revolution," as the third of our three Preyer Lectures. She is the award-winning author of Spies in Arabia, Empire of Guns, and Time’s Monster. The Raymond A. Spruance Professor of International History and Professor of History at Stanford University, she has written for the Financial Times, The Nation, Time, the Washington Post, and other outlets. In her lecture, Dr. Satia will explore the history of the biggest gun-making firm in 18th-century Britain, which was owned by a Quaker family, the Galtons of Birmingham. They were major suppliers of guns to the slave trade in West Africa, the East India Company, settlers and trading companies in North America, and the British government, which was at war almost constantly from 1688 to 1815. But a core principle of the Quaker faith is belief in the un-Christian nature of war. How, then, do we explain the Galtons? And how do we explain why the Galton family business attracted no critical notice in the Quaker community until, suddenly, in 1795, Samuel Galton was threatened with disownment. Why did the Galtons' gun-manufacturing suddenly become a scandal? And what was the result? In probing Galton’s conscience and the Quaker community’s shifting judgment, Prof. Satia will assess the difficulty of avoiding participation in war in eighteenth-century British industrial society, whatever one’s principles. The Galton story reveals a hidden truth about the role of war in the Industrial Revolution.

Please use the RingCentral link to access the lecture, which will be in a webinar format. Feel free to use the chat function for the Q&A which will follow the talk!