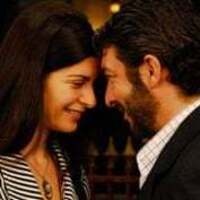 World Languages’ Film Series: "The Secret in their Eyes"

"The Secret in Their Eyes" is a 2009 crime drama film directed by Juan José Campanella, based on the novel La pregunta de sus ojos ("The Question in Their Eyes") by Eduardo Sacheri. The film is a joint production of Argentine and Spanish companies.

The film depicts a judiciary employee and a judge in 1974 as they investigate a rape and murder case that the justice people become obsessed by, while also following the characters 25 years later reminiscing over the case and unearthing the buried romance between them.

In a 2016 poll of international critics for the BBC's 100 Greatest Films of the 21st Century this was voted one of the 100 greatest motion pictures since 2000.