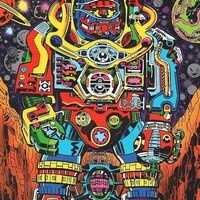 Comic books and graphic novels tell stories about superheroes, adventurers, and people just like us, but we’re only beginning to really learn how to read them. Over the last decade, comics studies has emerged as an important new academic field.

In this talk, comics studies scholar and professor of English at Appalachian State University, Craig Fischer, will introduce this new field. His work has appeared in The Comics Journal, The International Journal of Comic Art, SubStance, and the books The From Hell Companion (2013), The Blacker the Ink: Constructions of Black Identity in Comics and Sequential Art (2015) and The Routledge Companion to Comics (2016). This event is part of the English Department Scholar Series.